Silence in the media forest

Did you hear anything in the European mainstream press about the unusual events in Texas in the spring? Neither did I. Amazing, because on 10 March, Texas Governor Greg Abbott declared all Corona measures lifted. No mandatory masks; schools, shops, restaurants and so on were opened again. Vaccinations became voluntary. All this applies to about 30 million inhabitants. (Incidentally, similar things have happened in Mississippi and Florida).
The protests in the US mainstream media were loud. Some people declared the governor crazy. Biden said he was endangering the health of all Americans. Gates’ friend Anthony Fauci was appalled.
We recommend a look at a video by the well-known Internet presenter Del Bigtree at: https://rumble.com/vedovv-why-did-texas-open-up.html
Alongside all the criticism of the decision to repeal the Corona measures in Texas, however, supporters of it also appeared. In particular, there was applause from the conservative camp. Candace Owens (31), a popular conservative activist, wrote: “God bless Texas and Mississippi.” She also urged all Republicans to follow those states, so as to “lead by example”. She addressed clear words to all critics: “You are welcome to stay home all day and wear your masks there. Because to be as paranoid as you are, there is no need for government regulation.” The European mainstream media apparently prefers to bring up embarrassing cases of the enrichment of some MPs through illegal Corona business and lets the co-incidence roulette roll on incessantly. 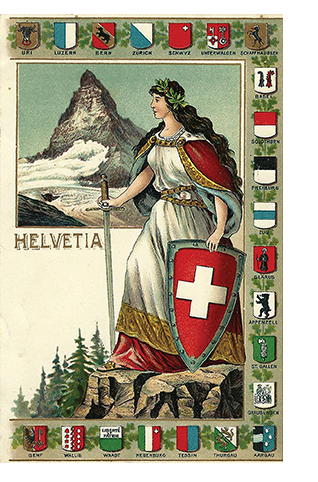 Independence of the Swiss Judiciary – and how it can be achieved
Der Europäer turned in a recent issue to a very Swiss topic. It had to do with the judicial initiative presented by Adrian Gasser in 2019 with 130,000 votes behind it, which is usually diligently hushed up by the mainstream media. The initiative seeks a new way of electing judges. Until now, the election of judges in Switzerland has been tied to party politics. Federal judges also regularly have to pay a contribution to their party. The Justice Initiative intends to bring about an amendment to the constitution, which will remedy this damaging state of affairs.
Der Europäer first published some of the arguments in the debates on the Initiative in the National Council and the Council of States. We followed this with a lecture given by Adrian Gasser at the University of Basel at the beginning of March. We would like to stimulate broad interest in this initiative and we shall follow up with an interview with Adrian Gasser in a future issue.
The Zurich lawyer Dr. Mark Livschitz characterises the Initiative as follows: “This Initiative offers Switzerland a chance to establish a new international trend with a genuine political innovation, instead of lagging behind ‘international standards’ defined elsewhere, as it has done until now.”
The Swiss people will decide about this initiative on 28 November, as well as about the Referendum taken against the government’s flawed Covid-19 law.
It’s a blessing that these two unique instruments of direct democracy – Initiative and Referendum – are still in use!