The Spirit of Freedom Breaks Through in Berlin

On 1 August, the Swiss national day, which passed tamely without any noticeable ‘fireworks’, something remarkable happened in the capital of Switzerland’s neighbour. Berlin was full of people, more almost than ever before. Insiders spoke of several hundred thousand participants at the demonstration that took place that day. The official media downplayed the number to a maximum of 20,000, which was obviously untrue.
The demonstrators, who were not wearing masks were protesting, amongst other things, against the requirement to wear masks. Currently unthinkable in Germany. Good video recordings give an impression of the event, which went on for many hours.
Daniele Ganser was present, and one of the main speakers was Thorsten Schulte, who had caused a considerable stir a few months ago with his book Fremdbestimmt (Heteronomous). Schulte appealed to Mahatma Gandhi’s mode of peaceful protest – with success, it seems. There were no riots in Berlin on 1 August, and the police behaved in a reasonable manner. They arrested Schulte briefly after his appearance, but released him soon afterwards, as no criminal offence could be proven.
The aim was to reach the hearts of the people, said Schulte, who all were at least feeling that something is rotten in the State. But there should be neither hatred nor violence on the day, he said. On the way to the Chancellery, a team from the broadcaster ARD followed Schulte in the hope of being able to get him to say something that could be used against him. Since that was obviously a failure, they stopped filming.
Schulte appealed to reason and the willingness to wake up from this madness. Several times he referred to the Switzerland’s 1 August national day, although nothing comparable to the Berlin demonstration happened in Switzerland. We would experience ‘an Apocalypse’, he said, which means something like an “exposure” (revelation) of the whole fabric of lies of recent decades. This demonstration should indeed make history. Follow-up demos are being planned in several German cities. 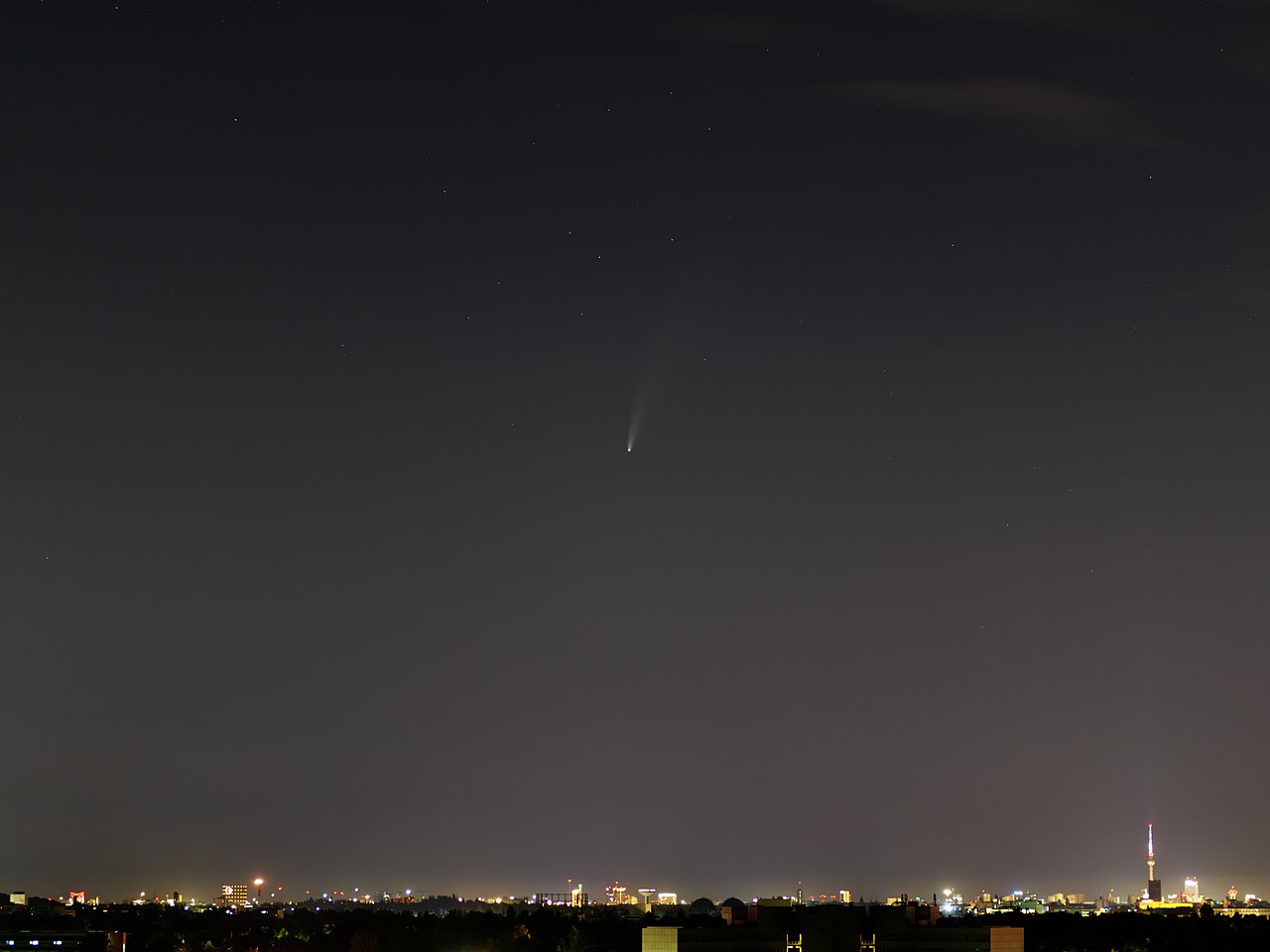 In the evening hours during the first half of July, a comet hung over Berlin (and many other areas in Europe). It was only discovered on 27 March and was an impressive sight. Even its threefold tail was clearly visible. Those who pay attention to the language of comets will prick up their ears when they learn that, according to Rudolf Steiner, they are the freedom heroes in the universe and that every new comet should be celebrated with a poem to freedom. More on this in my next contribution.