The 9/11 Truth Movement and its Cognitive Deficit

Just in time for 11 September, Catherine Austin Fitts published an interview with her and the editor of this magazine in Copenhagen in March 2019.1
The focus of the conversation was Niels Harrit, a Danish emeritus chemistry professor. Harrit investigated the nano-thermite residues in the towers of the World Trade Centre. The results strongly contradicted the official version with its windy explanations of the causes of collapse (aircraft fuel, etc.). He also reveals the key role that 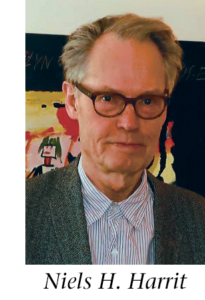 NATO and its Secretary General played in the days following the attacks in Brussels.
Just as timely was a major event in commemoration of the 18th anniversary of the disaster in New York which was held in Zurich, in which Niels Harrit also participated alongside Richard Gage and Daniele Ganser and others. No local press were present, of course; at any rate there was no subsequent reporting of the event.
Ganser is well-known to readers of Der Europäer and The Present Age, not least because of the event held at the Scala in Basel in March 2018, which kicked up a lot of dust: a whole group of “Anthroposophists” who wanted to be influential, then met to brand the organisers and speakers “conspiracy theorists”, but only revealed their own collective glaring ignorance of, and aversion to, the facts.
This did not in the slightest hold up stalwart seekers of truth, as was evident at the recent Zurich event with Daniele Ganser, a former Waldorf student.
The appearance in Zurich of Richard Gage represented the persistent demand over many years for new investigations of 9/11 – a demand that uses the collapse of Building 7 (controlled demolition) as the lever for such new investigations. We will report on this Zurich event in the next issue.
The US writer and commentator Paul Craig Roberts – a former finance minister under ex-President Reagan – wrote on 4 September 2019: “A research team at the University of Alaska’s Department of Civil and Environmental Engineering” [concluded that] “fire did not cause the collapse of WTC 7 on 9/11” [and that] “the collapse of WTC 7 was a global failure involving the near-simultaneous failure of every column in the building”. Finally – the first academic critical investigation2! The mainstream press has until now maintained silence about this.Roberts suspects that the findings were immediately swallowed up by the “memory hole” …

The demand for spiritual knowledge
Why is engaging with 9/11 still so important? Because what may well turn out to be the worst of events occurring at the very beginning of the third millennium is such a devilish piece of work that it urgently calls for a much more fundamental confrontation with evil and its role in the world. Part of this demand is that supersensory realities that have long been researched by spiritual science are taken seriously: for example, the world of phantoms, spectres and demons, which have been referred to in this magazine several times3.
The 9/11 truth movement has until today avoided this confrontation despite all the services it has rendered to the exposure of the lies. But the necessary knowledge of evil is the most important consequence of those terrible events. Unfortunately, the 9/11 movement is also infected by the contemporary fear of the spirit that has now reached epidemic proportions. If the movement understands its educative impulse aright, it will have to learn to face anti-spiritual terror within the mind just as courageously as it does external terror and its manifold disguises.
Incidentally, Switzerland, which is, unfortunately, very much in the vanguard in spreading the new 5G technology, is experiencing increasing protests against it. A public demand for a referendum took place in Bern on 21 September4, which is more worthy of Switzerland than unconscionable business dealings in the new technology.