Barbro Karlén: And the wolves howled 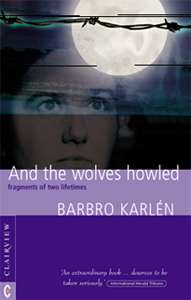 Fragments of two lifetimes
For as long as she can remember, Barbro Karlén has harboured terrible memories of a previous existence on earth as the Jewish girl Anne Frank, author of the famous Diary. Until recently, she had kept this knowledge private. Now, prompted by a series of events which culminated in a struggle for her survival, she is ready to tell her amazing story. And the Wolves Howled is the autobiography of Barbro Karlén, from her early fame as a bestselling child literary sensation in her native Sweden, to her years as a policewoman and a successful dressage rider. But this is no ordinary life history. As the victim of discrimination, personal vendettas, media assassination, libel and attempted murder, Karlén is forced to fight for her very being In the dramatic conclusion to her living nightmare, she is shown the karmic background to these events. She glimpses fragments of her former life, and begins to understand how forces of destiny reach over from the past into the present. With this knowledge she is finally free to be herself…