The question which Pilate put to Christ in the course of his interrogation of Him, has many levels.
Someone who follows the news will have to put this question continually in the sense of asking how far truth is really presented to him. The New York Times has always carried on its title page the slogan: “All the News that’s Fit to Print.” But who decides what is fit to print? And what is the necessary selection based on? What are the criteria?
We can – especially in relation to the reporting of international events – principally distinguish three kinds of media reports: 1. true 2. true-false and 3. false. As the first is extremely rare – exceptions are notices of deaths, accidents, natural catastrophes or externalities such as new appointments to official positions etc. – let us go on to consider the second:

The mixture of truth and falsehood
What happens when the truth about certain important events comes to light? A recent example: according to the “Chilcot Report” which was published in London in July Tony Blair knew that there were no weapons of mass destruction in Iraq. Yet this was the main justification for Britain’s military intervention in Iraq in 2003. Today Blair admits that the secret service had not provided the right information about this, but he emphasises that he had trusted them.
The Iraq war led to a million deaths. The economic sanctions that had gone on for years beforehand had also caused the deaths of hundreds of thousands, mostly children: their nutritional conditions had become catastrophic. Critics spoke of an “insane inferno”. The infrastructure of the country was totally destroyed. In the part of Iraq occupied by the British ISIS emerged.
Has the revelation of these truths had any consequences? So far no.1 The headlines stayed with Brexit, Cameron’s exit and the installation of a new Iron Lady in the government.
After his “confession” Tony Blair was still able to assert that Britain’s intervention had been right: “I believe we made the right decision and the world is better and safer,” Blair said at a lengthy press conference following the Chilcot inquiry report.2 “Better and safer”?
Seen as a whole: here we see truth mixed with quite blatant untruth (and lies). 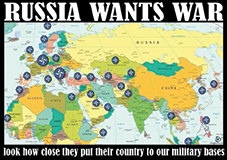 letely untrue reporting
Since the beginning of the mass media we have had the third category of reports about major world events. One can recall “German war guilt” in the First World War, the deliberate misrepresentation of the events surrounding Pearl Harbor, or 9/11 or the present “aggression”, of which Russia is daily accused. The latter accusations enabled NATO General Secretary Jens Stoltenberg to “justify” NATO’s recent intensified activities in the Baltic states bordering Russia.
One wag opined that “Russia obviously wants war: look how close they have put their country to our NATO bases!”3
One might think that the third category of reporting would be the easiest to see through, but it just isn’t so. Such reports are propagated by extremely suggestive methods. Those who don’t make a real stubborn effort to form their own judgments are taken in by such suggestions. The American Congressman Hamilton Fish III was one of the first to expose the monumental lie about Pearl Harbor and placed in the frontispiece of his book the motto: “Magna es veritas et praevalebit” – Truth is mighty and will prevail.4
Pilate’s question is not new, but it remains extremely contemporary.

1    Remarkably, the initiative of the Iraq War Families Campaign Group raised the necessary £ 50,000 in less than 9 hours seeking to bring  to justice those responsible for the War and the deaths of their loved ones. https://www.crowdjustice.co.uk/case/chilcot/