Trump, the Nation State and Ahriman

In his speech of September 19 in the General Assembly of the United Nations President Trump said:
“As President of the United States, I will always put America first, just like you, as the leaders of your countries will always, and should always, put your countries first. (Applause.) All responsible leaders have an obligation to serve their own citizens, and the nation-state remains the best vehicle for elevating the human condition.”1
This is an objective untruth. A hundred years ago, in summer 1917, Rudolf Steiner clearly showed why the civilised world needs a transition from the nation-state to a threefold social organism. The First World War ended the long period of history in which the nation-state was both dominant and justified. This was in tune with some basic faculties of the human soul – thinking, feeling and willing – which were intimately interwoven and lawfully interacting within the soul. Thus the matters of spiritual or culture life (the extension of thinking), of the life of rights (the extension of feeling) and economy (the extension of will) were likewise interwoven. Of course, we are not saying that culture is only a matter of thinking; but this element is predominant in all of it, and likewise with the other two social spheres.
For more than a hundred years now the soul forces have undergone drastic change; their instinctive coherence has broken up, and they are striving towards independence from each other. Many pathological facts of our time can be understood in this light: children murdering others out of an unbridled will, not guided by thought or feeling; hyper-intellectualism (as in Transhumanism) without feeling or sound will forces and so on.
The threefold social organism is nothing other than the adequate outward sheath for these inner separating faculties of the soul. And because they have undergone drastic change, the nation-state has become outdated, once and for all.
In this sense, Trump, like most modern politicians, is not able or willing to read the signs of the times, not seeing the spiritual evolution of man and of mankind but only the more or less petty perspectives of one’s own national interests.
Turning from Tru 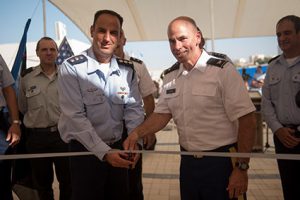 Jahve spoke of the Jewish people at times as the “stubborn people”. Today, the Time Spirit Michael is witnessing how almost the whole of humanity is stuck in stubbornness, stubbornly ignoring spiritual realities like the evolution of the human soul and its relevance for the social question, or ignoring concrete spiritual beings like Michael himself or Ahriman and his present incarnation in the West. Ahriman is the greatest spiritual opponent of the Threefold Organism. People who cling to the nation-state today are simply inspired by Ahriman’s impulses, whether they know it or not. And in the majority of cases they have no clue that they think and speak under an occult influence. For their stubborn conceit does not allow for the recognition of anything higher than their Ego or purely physical realities.
If a people is stubborn, other peoples could balance it out. If the whole of humanity is stubborn, who or what can balance it out – if not a series of catastrophes which might waken up some souls?